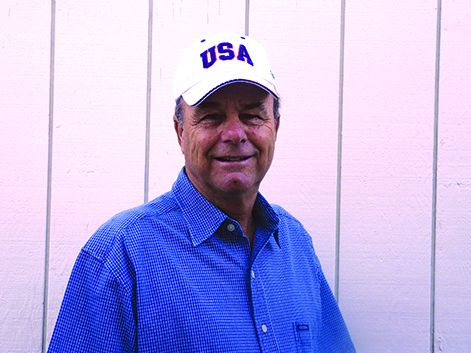 RANCHO CORDOVA, CA (MPG) - If you've ever played a round at Cordova Golf Course, you've probably come in contact with Jim Marta.

Marta, 72, has been a mainstay within the pro shop of the golf course for the past 38 years. If he wasn't stocking or selling merchandise, he was likely giving golf lessons or keeping a watchful eye on the driving range and golf carts for customers. But after this Sunday, June 30, those duties will belong to someone else for the first time since 1981 as Marta will be retiring.

Marta moved to Rancho Cordova in 1981 from San Jose to work at the golf course, with the intent on raising his family in the area and working in the profession he loved. He didn't expect to stick around as long as he has, but is surely glad he was given that opportunity.

“I've been able to raise a family here, and it's been a nice place to live,” Marta said. “Most golf pros last about 10-11 years at a golf course and then they move on. I was given offers to go to other golf courses for work, but I decided that I just really felt comfortable at Cordova. The Parks and Rec District treated me very well and with a lot of respect, so I was really happy to stay.”

After working in one place during the past four decades, it is safe to say Marta has developed friendships and relationships with many of the people who have stepped foot on that golf course. When asked about what he will miss the most in retirement, his answer was quick, simple, and to the point.

“The people,” he said. “Our customers were very down to earth, and a joy to be around.”

Marta surely has hundreds of memories that will remain with him after he leaves, but stated one of his fondest memories will be something that occurred earlier this week. On Monday, Marta and his four grandchildren took to the course and rode carts around the premises together, with a fun time had by all.

“I told my wife that was the most fun I've had on the golf course in a long time,” he said.

Although Marta is stepping away from the day-to-day duties as a golf professional, it doesn't mean that he won't continue to enjoy the game he loves while in retirement. He stated that he will be giving occasional golf lessons at WildHawk Golf Club in Sacramento.